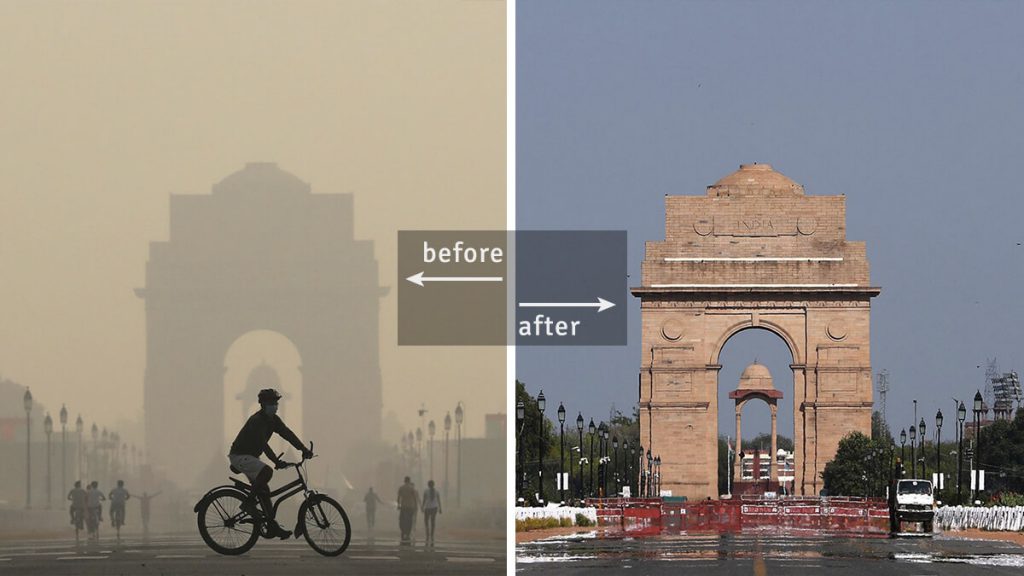 Air pollution contributes to 9% of deaths globally – this varies from 2% to 15% by country. According to the World Economic Forum, air pollution alone kills 1.25 million people in India annually.

As humans hunkered down indoors early on in the pandemic, the natural world positively thrived. Wild animals roamed empty streets, and nature reclaimed urban areas. In some places, air pollution noticeably reduced during lockdown: pollution levels in China were down an estimated 25% in February, 2020. According to CNN, the TSA reported a 96% drop in air travel in April, while Allstate CEO Thomas Wilson told CNBC in April, 2020 that driving was down between 35% to 50% in the US, depending on the state.

With far fewer planes in the air and cars on the road during strict measures to stop the spread of coronavirus, cities which were once filled with smog now look like they have much cleaner air.

The BBC reported that Milan was named Europe’s most polluted city in 2008 and smog remains a recurring problem. 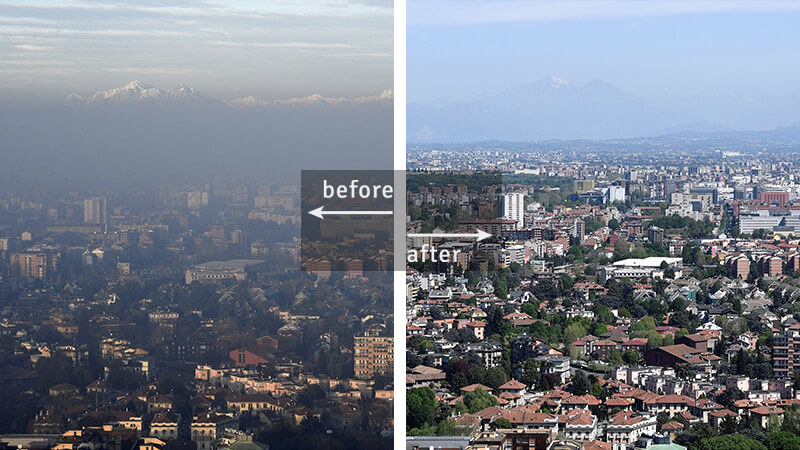 Once traffic dropped during lockdown, so did air pollution. In response, Marco Granelli, a deputy mayor of Milan, told they are thinking about ways to reduce air pollution post-pandemic by introducing a plan to reduce car use.

Venice, one of Italy’s biggest tourist attractions, which is usually heaving with visitors throughout the year. It is the main reasons that high-traffic waterways are generally murky.

During the lockdown, in April of 2020, photos emerged of the canals looking so clear that you could see to their bottom. However, the city’s mayor told CNN that this was due to “less traffic on the canals, allowing the sediment to stay at the bottom.” Locals in Venice even noticed small fish visible swimming around.

According to The New York Times, India was home to 14 of the 20 cities with the most hazardous air in 2019. Delhi is among this list of cities. Sometimes, especially in the winter, as cold air condenses car exhaust and factory smoke and wind speeds drop, Delhi’s AQI (which measures different airborne pollutants) can shoot up to 500 or more. That gives many people chronic coughs and more serious lung disease. 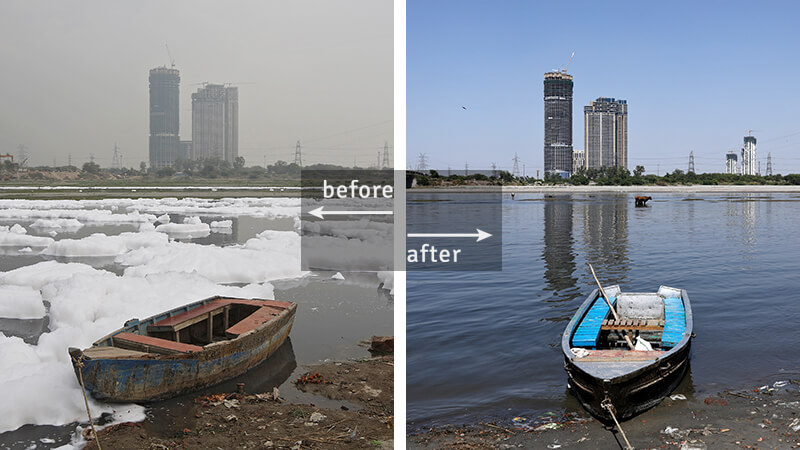 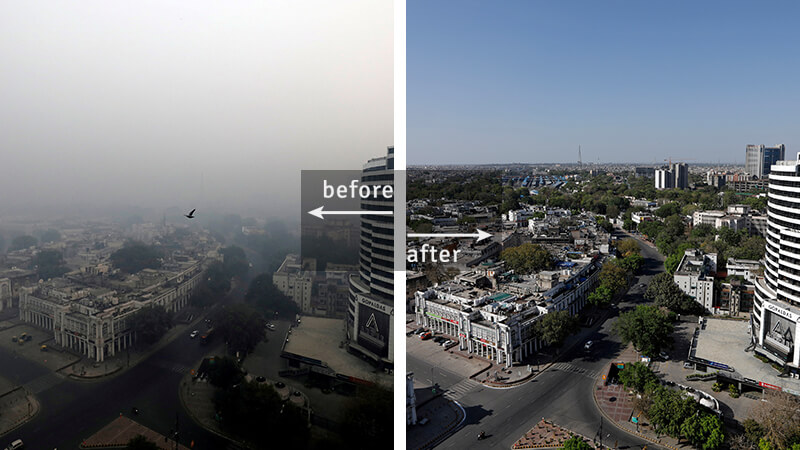 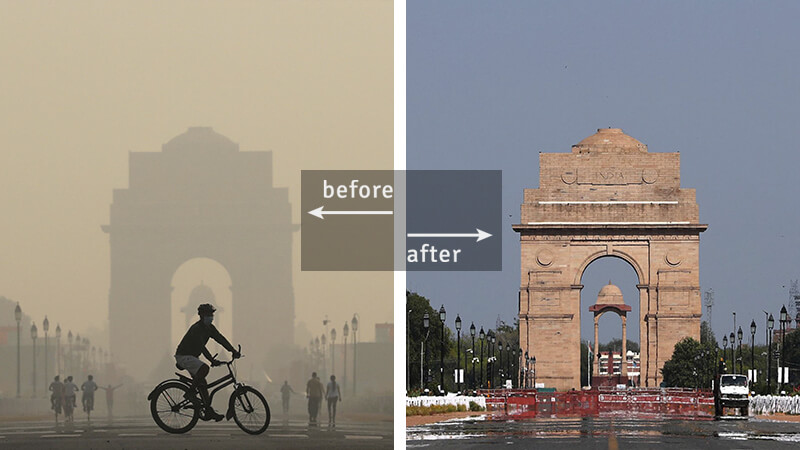 Delhi hasn’t seen air this clear for decades. “My old patients say they can’t believe it,” said Dr. Arvind Kumar, a Delhi chest surgeon who has been studying the consequences of living in a place with bad air. “They are feeling lighter, they are using their inhalers less frequently, most of them are feeling better.”

The air over Jakarta has become increasingly polluted since 2018, hitting a new low in 2019, when the city was named the fifth-most-polluted capital in the world, according to the 2019 World Air Quality Report by air-quality data provider AirVisual. The report found that Jakarta’s air pollution had increased 66 percent over two years, with the annual concentration of PM2.5 increasing from 29.7 mcg/m³ in 2017 to 49.4 mcg/m³ in 2019. 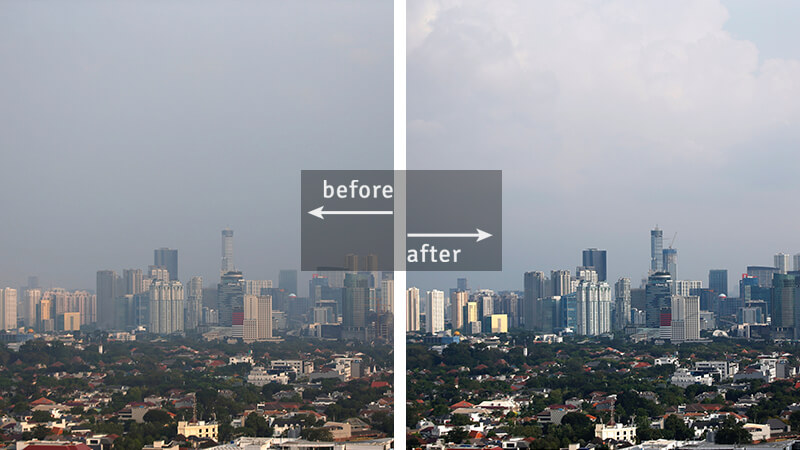 According to the Jakarta Post, the Jakarta Environment Agency reported improved air quality after social restrictions were put in place in late March, 2020.

According to the 2019 State of the Air report, which compared data across 229 metropolitan areas, Los Angeles has the worst ozone air pollution in the United States. 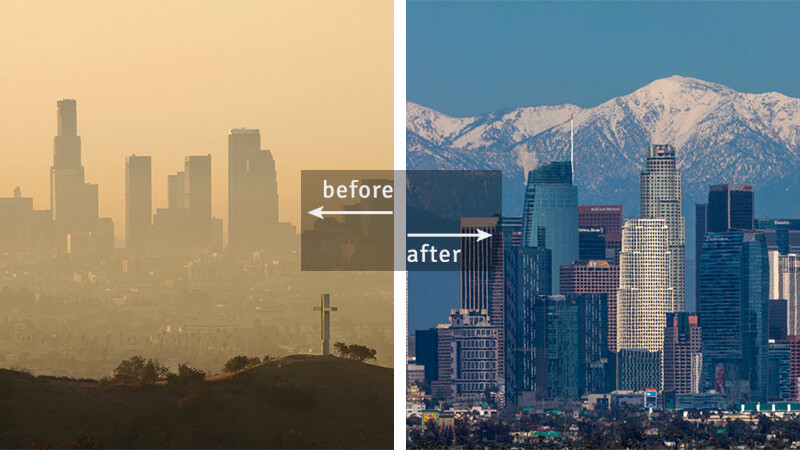 Los Angeles, a city well known for its smog and pollution currently had some of the cleanest air during the lockdown of March, 2020, CNN reported. The improvement could be attributed to fewer planes flying and fewer cars on the road.

Bonus: People in India can see the Himalayas for the first time in ‘decades,’ as the lockdown eases air pollution 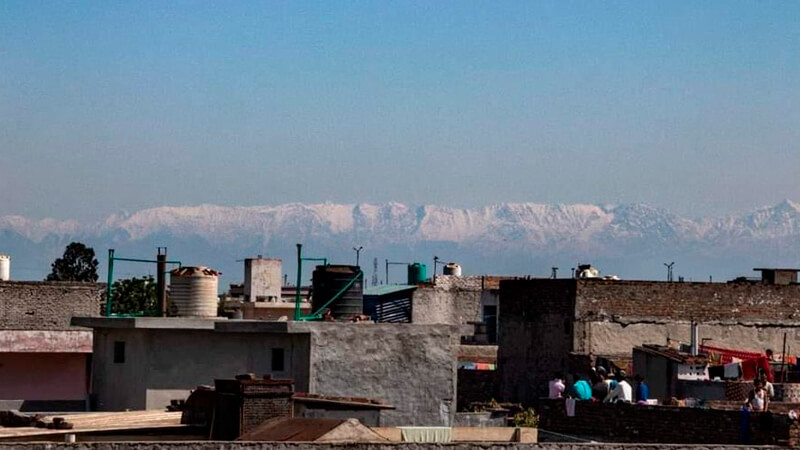 The people of Jalandhar could not believe their eyes. For the first time in decades, the inhabitants of the city in the northern Indian state of Punjab were able to see the mountains of the Dhauladhar Range in the Himalayas, which are more than 100 miles away and up to almost 6,000 meters high. Barely two weeks earlier, the Indian government had ordered one of the world’s strictest curfews due to the corona pandemic. Public and economic life in India has been largely at a standstill since 24 March. And the quality of the air has improved. 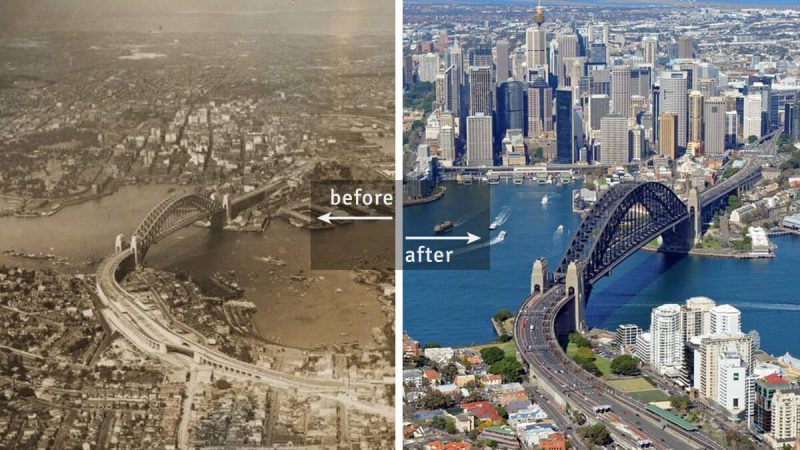